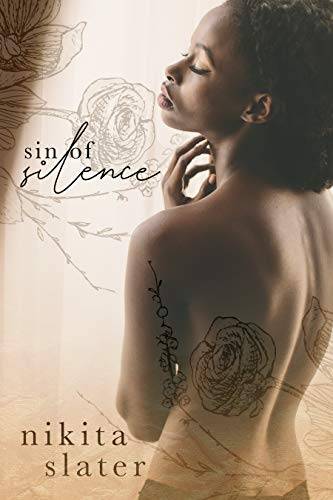 These are the only values that matter.

Jozef is both nephew and enforcer to the Koba crime family. He is ruthless, brutal and completely loyal to his family. Shaun is a doctor working in the Ukraine with Doctors Without Borders. She’s logical, kind and honest. Shaun has been trained on how to deal with hostage situations, but nothing prepares her for Jozef or the life he’s forcing her into.

From the operating room to an opulent glittering ballroom and a forced engagement, Shaun is wildly out of her depth. Every step she takes is monitored and the man who kidnapped her watches her like a feral dog preparing to strike.

Caught in a deadly plight, Shaun has no choice but to give her heart to a killer or become another victim of organized crime.

Sin of Silence is the first of three books in the Sinner's Empire Series. The second book will release on February 27th, 2021 and the third book will release in Spring 2021. NOTE: Sin of Silence contains sensitive subject matter, with some scenes containing elements of PTSD and panic attacks, please read with caution.
Organized Crime Multicultural & Interracial Romance

This is an excellent book written and destined for greatness.

I haven't seen such high-quality writing for a long time. The story touched my heart and swept me away with emotion. Reading such a story is beyond words.

Among the best characters I have ever read, I would have to say that Jozef and Shaun were two of my favorites. My heart warmed when reading about them and I loved getting lost in their world. The way they met and the way they found their way in their new norm just grabbed my attention. The interaction between the two of them when they were in the same room was always rich, steamy, and interesting.

Jozef’s presence alone commanded respect, despite the fact that he couldn't speak. Throughout every scene, the author added his wordless language that was actually relevant, adding a layer of sophistication to the text that meant that readers could actually understand him without him moving his lips.

When he grunts or growls or does his sign language, I feel a slight surge of excitement rush through me.

A phenomenal amount of word-building and character development was also displayed in this novel. Throughout the story, Jozef power and its importance are slowly introduced to the readers. Although he undermines Shaun's position as a doctor, over time he comes to trust her, and although it seems like a sudden change, it doesn't happen overnight, especially after the growing tension between them turns into more.

Book contains several unexpected twists and turns, as well as major plot elements that are hinted at towards the beginning and are revealed in a surprising manner near the end.

What I like about this story is how Shaun's inner and outer thoughts contradict each other. Her overconfidence and impassiveness are all a façade when she is panicking, but on the inside, she is terrified. I thought that was fantastic because it managed to pull at readers' heartstrings with a real sense of vulnerability, and it also highlighted how scared she was when she realized how dangerous Josef really was.

Research has been done by the author, and that has evidently shown. She entrapped the audience with a story that was impossible to duplicate.

How did she achieve such interesting, intriguing, and compatible characters despite the complexity of the stories?

It is immeasurable how clever this author is, and her mind is a mystery to me. Simply mind-blowing. It was absolutely amazing. The characters in Nikita Slater's books are vividly brought to life. Although I did not foresee what was going to happen next, I did not feel betrayed by the author's decisions because Ms. Slater very skillfully constructed the story and every surprise contributed to the overall effect.

This book is worth getting, and I can't wait to read the follow-up. This will be a thoroughly enjoyable and fulfilling experience for me. There are not many books quite like this and I doubt I'll read anything else as fascinating as this one.

I purchased this book months ago but didn’t want to read it until I had all three and some time to digest them. I am glad I waited and the story of Jozef, mob enforcer and Shaun, selfless doctor, is compelling. Seeing this couple emerge as a unit against all odds was amazing. I am stoked to read part 2 but first I have to catch my breath!