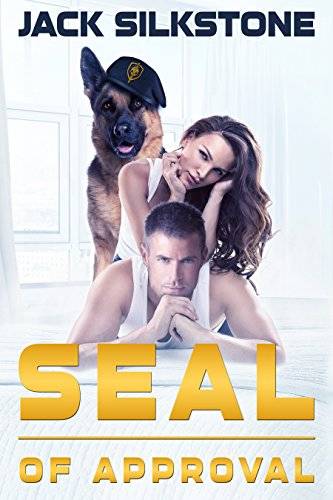 Mike Saunders is a SEAL dog handler with a knack for picking the wrong women. So much so that his SEAL buddies have planned a Girlfriend Selection Course to test the character of his next love interest. When he falls for the veterinarian rehabilitating his wounded Military Working Dog, things rapidly spiral out of control.

SEAL of Approval is romance meets action in a light-hearted love story with a serious twist. It is dedicated to the Military Working Dogs who have served, loyal and steadfast, alongside their handlers in the world’s deadliest conflict zones.

Jack Silkstone's background includes a career in military intelligence and special operations, working alongside some of the world's most elite units. A percentage of the sale of this book will be donated to a foundation that trains dogs to help servicemen and women who suffer from post-traumatic stress disorder.
Romantic Comedy Romantic Suspense Military Romance