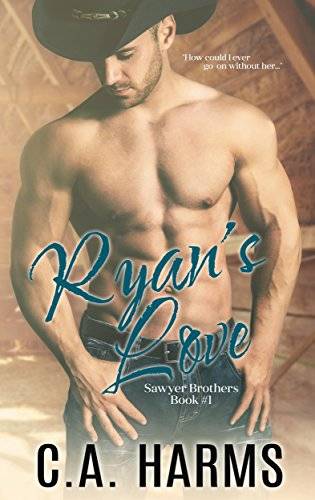 One of the hardest things I have ever had to do was bury my wife.

The second hardest thing would be watching my twelve-year-old daughter fall to her knees as they lowered her mother into the ground to rest.

A heart-wrenching vision that will forever be etched in my mind.

Claire was my best friend—she had been since we were barely old enough to talk. I always knew, one day, I would marry her. I think I may have even told her that a few times while we were growing up.

Never did I think I would lose her so suddenly.

I knew at that moment…

Our life would never be the same again…

Realistic view of difficulties involved with second second chance for love and child/children from first marriage! The Sawyer brothers and certainly easy on the eyes!

This is a wonderful romantic story that filled me with hope and made me want to live again. There are many typographical error‘s so some editing would be nice, but even with that this book came across as a favorite. I will be reading it again.

I love C. A. Harms and this is why she is a one click author!
After watching his wife die and their daughter taking it very hard, Ryan couldn't see himself moving on. And then meeting the new town baker Amber moved something in him. They had instant chemistry and even though he felt guilty, he let himself feel for the first time in a long time. But Ryan's daughter couldn't let go and it was harder that he thought to move on. I loved watching them fall in love and work through their relationship. Can't wait for the rest of their series!!!

The only thing I see won't is the bonus chapter was a cliff hanger lol but I loved the story of anger and Ryan so sweet!

Over the Top Sweet: 2.5 Sweetness Stars

If you enjoy a very sweet, pretty much sappy sweet, small-town romance, then this book and series is may be perfect for you. Not so much for me, because it lacked dimension, and the main characters lacked the maturity of having lived through the losses of their pasts. I ,do think, having one of the main characters be a grieving widower, with a teenage daughter, was an attempt by the author to elevate this romance to something more meaningful, and perhaps, even give the story more depth and dimension. However, this fell short, because the teenage daughter’s inability to accept her father’s interest in another woman, after 3 years of grieving, was completely overblown, ad nauseam. I stopped reading after about 63% into the book, because the relationship was ended (albeit, I’m sure, just a dramatic break) after the teenage daughter’s lack of acceptance and subsequent rebellion, culminated in an accident. It was an eye-roll moment that left me realizing that I didn’t like or relate to either main character, because they were too sappy to fight for true love...at least, they both claimed to be in love. I simply don’t like wimpy, sappy characters. Romance is great, but without passion, it’s just boring. This reads like a young adult romance, and that is a genre that I abhor, so this was a DNF for me.

Fall in love all over again

This was my first book by C.A. Harms and I am hooked - I will be continuing the series ASAP. After the death of his wife, Claire, Ryan has devoted his life to raising his daughter Olivia. But when Amber comes into town to revitalize the cafe in town, Ryan finally feels something other than dread. Can Ryan start a new relationship with Amber and find love again? Or will his 15 year old daughter put up a road block and end the relationship before it can even begin? With beautifully written characters and a storyline filled with emotion this was a great read. I feel in love with the Sawyer brothers and cannot wait to read more in the series.

I love second chance romances. Ryan had a deep love for his first wife that he didn't believe he could ever love again and then Amber entered his world. It was interesting to watch them work things out.

This story all about 2nd chance in finding love when u think u would never have again in ur life u felt u had the one.