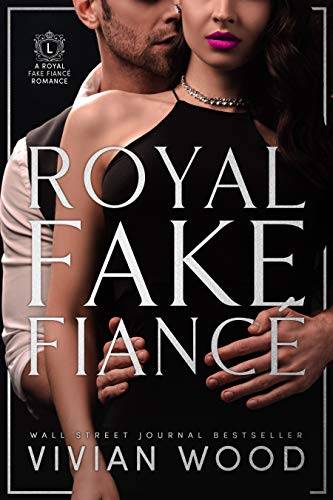 You can look, but you definitely cannot touch...

I’m Pippa Welch, and there are three things you should know about me.

One, I’ve been the steadfast and loyal best friend of His Royal Highness Lars Løve VII, the second in line to the throne of Denmark, since we met in middle school. I’m also quite possibly the only woman in the country who’s never fallen into bed with him.

Two, I would fall into bed with Lars in a heartbeat, and he has no idea.

Everything is fine until the night he comes to me, gets on one knee, pops open a ring box, and…

...asks if I’ll fake an engagement with him.

Lars has been there for me my whole life, so I jump at the chance to help him before I can think better of it. Take some official photos and show my face at some fancy events?

Anything for my bestie, the man for whom I’ve held a torch for a decade.

Only I’m not expecting him to slide his arm around my waist, pull me closer, and kiss me so deeply I can’t think straight. He’s not supposed to whisper I want to taste you in my ear during a royal ball, or to slip me the tongue during the New Years’ parade.

And I really, really wasn’t expecting him to keep up the charade in private.

Lars is slowly breaking down every barrier I’ve put up to keep him out of my heart, and more than anything, I want to let him make this engagement real… but I can’t let him find out my secret.

See, if I let my mask slip, I’m not the only one whose life would be shattered. And if I’m not careful, I’ll lose the man I love and my best friend in the entire world in one fell swoop...

Fit for a Queen