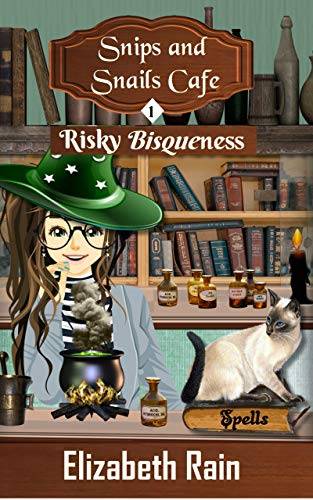 ◆◆Said the spider to the fly, "Come on in, come on in."  Said the fly and to the spider, "Lying is a sin and your intentions murder…"
Getting older shouldn't be a long downhill slide into obscurity. It should be the other half~The Best Half...That's what Julienne Mason told herself as she stared at herself in the mirror the morning after her 40th birthday...Husbandless...Jobless...Childless...Julienne Mason's Ego has taken a Beating. In the space of a day, she nearly burnt down the pizza parlor, lost her job, and walked in on her cheating rat of a husband.

With nothing to show for a lifetime of chasing the Joneses and trying to conform to everyone else's expectations but her own...Juli is more than ready for a change of lifestyle. But nobody ever told her that answering the summons to a strange letter would turn her entire life on a dime, and challenge every notion she's ever had on what normal is...Add in a Strange Inheritence, an Overbearing Ghost, A Snobbish Talking Cat, and a Sentient Recipe Grimoire; Sprinkle Liberally with Magic...And Maybe even Misfits like her deserve a second chance to get things right...But first she'll need to solve her Uncle's Murder and learn to Embrace her inner Witchiness...before she runs out of time and the killer Strikes Again...♥♥Come on a Journey to the Magical town of Veil Falls. Don't forget to drop in to Snips and Snails Café for a warm bowl of Beef Mulligatawny Stew, dished piping hot with a Dash of Magic and a Side of Murder served ice cold. Risky Bisqueness is Book I in the Brand New Snips and Snails Cafe Mystery Series. It will Resonate with Fans of Adele Abbot, Samantha Silver, and Kathi Daley.  If you like laugh out loud humor just this side of Snarky, Strong Gutsy Female Leads, and have a thing for Lumberjacks...this is the series for you. And as if all of that wasn’t enough…you’ll fall in love with Gilly~Snips and Snail’s talking Cat with loads of Sass…and Tiny, the Prima Dona Ghost who is proof positive you really can take it with you…★★
Cozy Culinary Mystery Amateur Sleuth Mysteries Ghost Suspense

The Adventures of Natalie Bloom: A Friends to Lovers Romantic Comedy

Between the Lawyers: MMF Bisexual Menage Romance (Between Them)