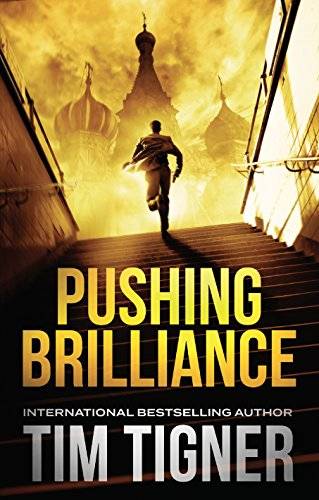 HE DIDN'T DO IT.
He really didn't.
But proving it,
will be a killer.

Framed for murder and on the run, former Olympic biathlete Kyle Achilles is also in the crosshairs of assassins' guns. Why? He has no idea. He's fighting blind against two master strategists and one extraordinary invention--known as Brillyanc.

Achilles' only ally is the other prime suspect, a beautiful Russian mathematician who is either the best or worst person to ever enter his life. Katya was engaged to Achilles' brother -- before he died.

Chasing clues while dodging bullets, Achilles and Katya race around the globe, uncovering a conspiracy conceived in Moscow, born in Silicon Valley, and destined to demolish both the White House and the Kremlin. Along the way a lost soul finds purpose, a broken heart confronts forbidden love, and America gains a new hero.

Amazon named Tim Tigner an All-Star Author in December, 2017 and every month since for being one of the most popular authors in Kindle Unlimited.

Housewife Chronicles: A suburban murder mystery with a touch of romance

Kiss a Girl in the Rain