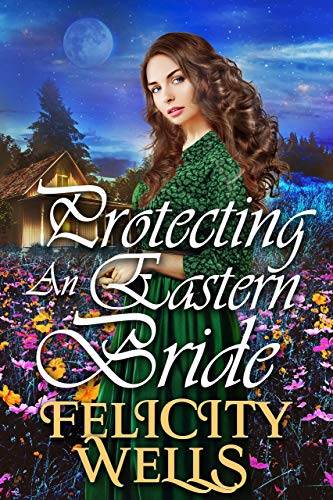 She was nothing more than a bargaining chip used for expanding her rich, corrupt father’s business ventures.

He thought he was happy on his own until a friend tricked him into seeking a mail-order-bride.

When society maven Eleanor Hampton flees an arranged marriage in Baltimore and heads out West as a mail-order-bride, she has no idea of what’s in store for her. But she does know she carries a secret that most men would not accept.

When she steps off the train, rancher Sam Ridgefield is immediately taken by the beauty of his bride. For her part, Eleanor has never seen such a handsome man. Sparks fly between them, but is it attraction or the fact that Eleanor tends to look down on much of what’s around her?

It’s rough going at first, but as the couple learns how to communicate, a simple trust is built. Eleanor works hard to become a good ranch wife while Sam invokes his patience on a daily basis. But, in spite of their difficulties, they grow closer crave each other’s company. Their life together is content and happy.

That is until Eleanor’s father shows up in Wyoming to take her back home. She knows he will tell her husband everything which could end their marriage.

Will Sam accept the secret Eleanor has kept from him? Can he face her past with her and, more importantly, will he fight beside her to save their blossoming love?

If you like fast-paced clean romance and action-packed stories, you won't be able to put down this addictive Novel by Felicity Wells.

What People Do: The Jobs to Be Done (The Adventures of Taylor and Ryan)