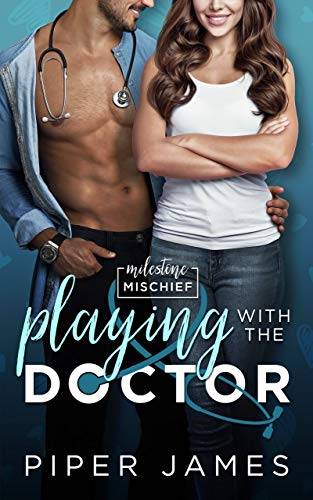 It’s nothing but a casual hookup. Temporary, with no strings attached. It’ll be over in a few weeks, and we’ll go our separate ways. What could go wrong?

Jessa
Have you ever wished you could turn back time and do things differently? Like that one time you decided to use your ratty bra as a weapon and almost took out the eye of your dad’s hot doctor? Yeah? Me, too.

But my nylon ninja skills must’ve impressed him, because he kept coming around, heating my blood with those tight jeans and sexy smiles.

As hard as I tried, I couldn’t resist him. So I decided to make a deal. A few weeks of fun, then we’d go our separate ways.

Rafe
My life was perfect—just the way I wanted it. Or at least it was until the day I met Jessa Maddox.
Beautiful and feisty, I couldn’t get her out of my head, and I kept making excuses just to be near her.

When neither of us could deny our attraction for another moment, we made a bargain.

No strings. No commitments. Just a cool and casual fling that would run its course before Jessa headed back home and out of my life, for good.

It was the perfect situation…until it wasn’t.

And I needed to figure out what I really wanted, because Jessa Maddox was no “here today, gone tomorrow” hookup.

She was just what the doctor ordered.

Playing with the Doctor is book one in the Milestone Mischief Series. It is a hot standalone novel with no cliffhanger.