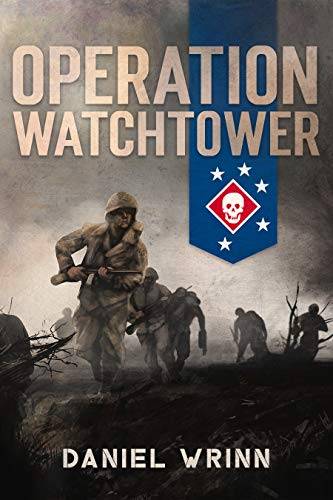 “A terrific read about the pivotal battle on Guadalcanal.” – ReviewerA powerful account of the tide turning WW2 Pacific Theater campaign.In the height of the second world war, US forces launched a long and gruelling campaign to take the island of Guadalcanal, mounting the first major land attack against Japanese forces. What followed was a 6-month string of devastating battles as these two forces wrestled over this key military position.In the wake of near-daily aerial attacks and several determined assaults from the Japanese navy, the Guadalcanal campaign culminated in a victory for America and marked the first of many offensive attacks aimed at neutralizing the Japanese in the Pacific Theater.Now, this thrilling book recounts the story of the Guadalcanal campaign in vivid, gritty detail. Exploring the forces involved, the major battles, and the daily struggle of trying to maintain control of the coveted Henderson airfield, Operation Watchtower examines the pivotal moments which led to the Allies seizing the strategic initiative in a key turning point of the war.Perfect for fans of WW2 history books covering the pacific, this brilliant book pays tribute to the brave soldiers on both sides of the conflict, recounting their story for both passionate history fans and anyone searching for an in-depth look at of one the greatest battles of World War 2.

The Duke is Wicked