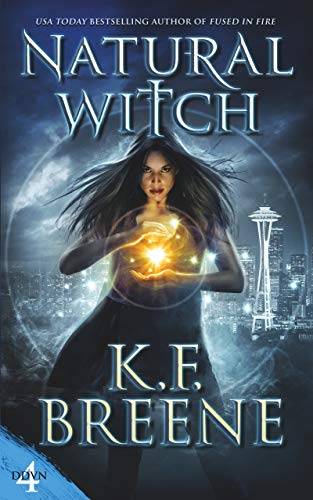 Penny could've had no idea of the amount of explosive magic that runs through her blood. Now she is on the run, fighting for her life and her freedom from a ruthless organization that would use her to dominate the magical world.

You do not need to read the other DDVN World novels to pick up this book.

Something has always been missing from my life. A hole that I could never seem to fill.

When I accidentally turn a coven of witches into nightmares, I find out what that something is.

And it turns out, I have a crap load of it.

As a latent power awakens deep inside of me, I’m exposed to one of the most powerful and corrupt organizations in the magical world—the Mages’ Guild.

Barely knowing a spell from a few swear words and luck, I won’t be able to evade them alone.

And that’s when I meet him.

The Rogue Natural. The best and most feared mage in the world.

He’s dangerous, mysterious, and has a vendetta of his own. He is now the only thing between me and magical enslavement.

This is a new perspective in the DDVN World with both old and new characters and an interconnecting storyline. You do not need have to read DDVN World books 1-3 to enjoy this entry into the world.
Children's eBooks Paranormal Werewolves & Shifters Romance Paranormal Angel Romance

Morgan's Hunter: Book One In The Bodyguards Of L.A. County Series