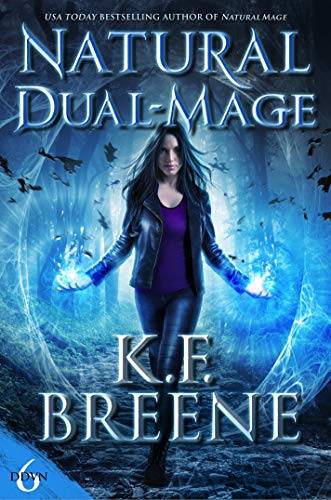 The seat-gripping conclusion to the battle against the Mages' Guild!

One thing has become perfectly clear: The Mages’ Guild won’t stop coming for me until I am either under their control, or dead.

So rather than wait to be cornered…I’m going to take the fight to them.

But Emery and I can’t do it alone.

We have to assemble enough power in the magical world to rip the Guild off of their high horse. And to do that, we’ll need the shifters as well as the vampires.

Except, shifters and vampires would rather kill each other than work together. And after a surprise run-in with a strangely powerful goblin, my world is slapped sideways.

If I can’t learn the strange new power I totally-didn’t-steal-because-it-wasn’t-my-fault, and can’t get arch nemeses to work together for the common good, the Guild will finally have their prize. Me.

Fangirling Over You: A sweet celebrity romance

To Date an Immortal

The Treasure of Peril Island: An adventure novel for teens