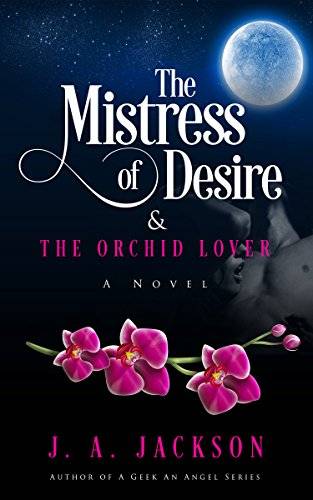 Silicon Valley is known for being the bubbling caldron where wealth and fortune are born daily. The raw power of success prevails and greed runs deep.

This is the story of beautiful Camille Baptiste who has a heart of gold, but she’s no push-over. She is a seductive mixture of strength and vulnerability. She believes a successful life means having the love and support of her two best friends. And the love of a passionate unattainable man.
Tiara Blake…is vain, ambitious, and possesses an alluring charm that men can’t resist. She is obsessed with obtaining the wealth she wasn’t born to. She schemes and hides secrets from the past.

Brazenly, the Mistress of Desire unleashes a torrent scandal of treachery and deceit that shatters the illusions of happiness for everyone.

Discover, as four lives are intertwined into an ambitious game forged by betrayal and deceit where sex, love and hate are only the means to an end.

The plot is interesting but a little disjointed. Copy editing needed. The concept is better than average thus the rating.

Well thought-out and intriguing story with a great cast of characters!

When Camille Baptiste caught Delmar Devereaux cheating on her, she dumps him. He keeps trying to win her back. Camille has moved on and been matched with Desmond Garcia by her matchmaking friend. Both know they have something special between them but Delmar keeps getting in the way.

These are interesting characters. I liked the story. Unfortunately there are also typos that pulled me out of the story as well as missing words and misused words. There are also logistic problems. The premise is that Camille is to be telling to her story to a psychic. She should only be telling her story, her thoughts, her words, conversations where she participated, and her actions. We readers get Tania's (friend) story and Eris' (friend and matchmaker) story as well as Delmar's, Desmond's, and Gabrielle's (mother) stories and thoughts. That makes an interesting story but it ruins the premise of the book. The beginning of the book has us knowing a character is dead but the ending does not show the death. I know there is a sequel coming and we are given a preview at the end of the book but there still seems to be no continuity for the death. I hope this is rectified before publication.

Beautiful Camille Baptiste has a heart of gold and she ...

I won this book in a contest and agreed to give it an honest review. At first the book was slow then it sped up, but was confusing as Camille's lovers had similar names, and I have to read book 2 to see how it ends as I'm hooked! Beautiful Camille Baptiste has a heart of gold and she believes success means having the love and support of her two best friends is enough until she finds her ever after love. But her friend, Tiara Blake is vain, money hungry since she grew up poor, but she has the allure that men can't resist. She dates and actor but is only sexually satisfied by Delmar Devereaux who is arrogant, ruthless, and believes he's irresistible to women and wants Camille until he tires of her. Three women loves Camille and set about to foil Delmar's crazy plans, but will they be in time?

I received this book through Goodreads/First Reads program.
This was a very difficult book to get into in the beginning but it did get much easier as it moved along. It is a good story, sometimes disappointing with grammar and spelling errors. Camille Baptiste is strong, yet vulnerable. She is completely satisfied in working for everything she gets. Her friend, Tiara Blake, however, would rather do whatever she can to obtain the wealth that she desires. This is the story of friends with different outlooks on life and the future and how they end up.

JA Jackson created a masterpiece with yet another romantic suspenseful novel. I stayed up till 3am to finish this thrilling novel. You will not be disappointed I can't wait for the sequel and lifetime movie to be published/released!!!!!

The Shepherd's Voice: A Novel