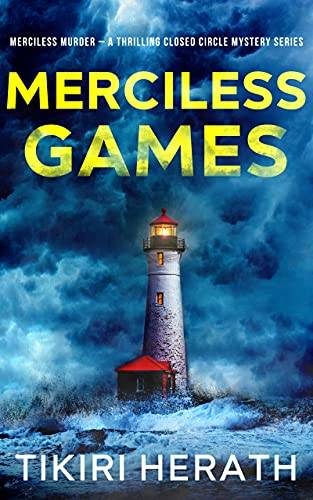 An eerie island hotel. Seven reluctant guests. An unseen killer on the prowl. LOCK YOUR DOOR. YOU COULD BE NEXT.

Seven strangers arrive at a luxury writers’ retreat off the coast of Oregon. They don’t realize they’ve just made a fatal mistake…

Private Investigator Asha Kade is also invited, but she doesn’t know why. She doesn’t even know who hired her.

All she knows is she’ll be paid handsomely at the end of her stay. Money is tight. This job is a godsend.

But before the weekend is over, a cold-blooded killer will attempt to murder the visitors. One by one.

With their connection to the mainland cut off, the guests plunge into sheer terror. Each suspects the other, until a chilling realization dawns on them.

They’re all connected by an unspeakable crime, a dark secret they’d rather forget…

Fearful for her own life, Asha races to crack the twisted killer’s code before more innocents die.

But are these seven guests as innocent as they make out to be?
Mystery Series Kidnapping Crime Fiction Women's Detective Fiction

Glimmer of the Other: An Urban Fantasy Novel