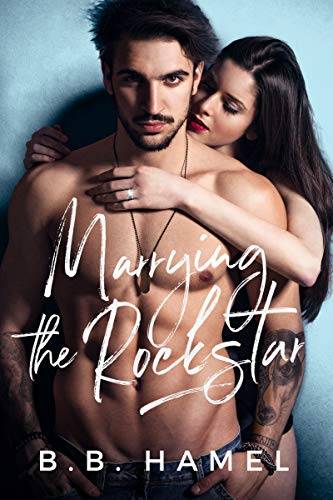 He wants to make me his wife.
I want his big, hard… vintage guitar.
We’re a match made in heaven.

I never thought I’d marry a musician, but when Chase comes back into my life with a smile and a proposition, I know I’m about to make some sweet mistakes.

He says he’ll get me a recording contract if I become his wife. All I have to do is pose with him for pictures and help rehab his bad reputation.

Unfortunately, it’s not so simple when all I want to do is pose naked on his bed.

Chase is a member of Slide, one of the biggest bands ever. I realize I’m in way over my head as soon as I whisper I Do.

I should run far, far away, but it’s hard to leave when his hands can’t seem to stay off my body.

This is a huge mistake. We’re lying to the whole world, and sooner or later we’re going to get caught.

I’m marrying the rock star, even if that means losing everything in the process.

Marrying the Rock Star is a super steamy, over the top, hate to love rock star romance with adult themes and lots of laughs. It’s only for readers 18+.