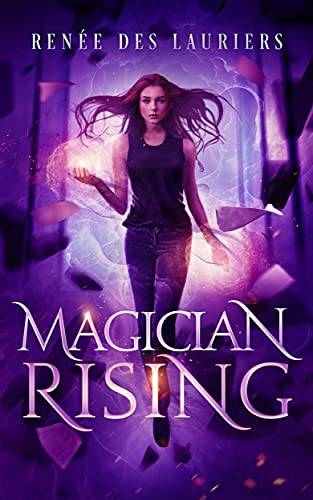 Dark powers she can’t control. Deadly hunters tracking her down. Can she rip the target off her back before it turns fatal?Jun Bear has lived with bad luck all her life. And when a professor threatens to give her a failing grade, the college senior sees her hopes for graduating in two months going down another ill-fated drain. But her fortunes plunge further when an unnatural earthquake shakes the campus and unleashes cold-blooded assassins after her head…Unsure what’s happening, Jun finds herself facing a trained killer intent on exposing the wielder of the dangerous magic. And when she’s provoked into revealing her unexpected new abilities, she’s determined to prove her innocence before she’s permanently eliminated.Can she win over an ally and survive a bloodthirsty secret society fixated on wiping her out?Magician Rising is the fast-paced first book in the Divination in Darkness urban fantasy series. If you like plucky heroines, gory humor, and breathtaking action, then you’ll love Renee des Lauriers’ gritty thrill-ride.Buy Magician Rising to get top marks in mayhem today!

The Trouble at Turtle Beach: A Kate Benedict Paranormal Mystery