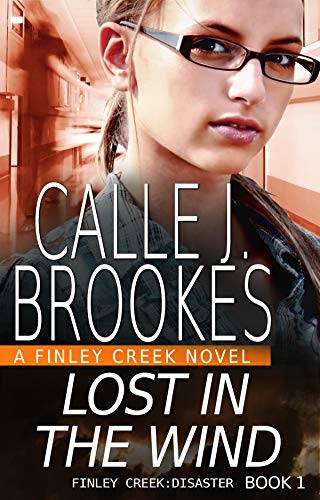 After a brutal assault and ovarian cancer as a teenager, Dr. Nikkie Jean Netorre refuses to call herself a victim ever again.

She does good things now—saving injured children and counseling assault victims at a local women’s charity. She’s moved on, has a purpose for her life, and everything is in her control now.

When a young patient dies, a grief-stricken Nikkie Jean runs straight into the arms of neighbor Dr. Caine Alvaro, just needing to forget for a little while.

Caine—the one man she semi-trusts not to hurt her like she was hurt before.

Nikkie Jean and Caine need to figure out how to make things work between them.

One small step forward at a time—that was Caine's plan for helping Nikkie Jean feel safe with him.

But as they struggle to deal with their changing relationship, another surgeon has Nikkie Jean in his sights. A surgeon who has killed before—one who will stop at nothing to protect his sinister secrets. Now Caine has to keep Nikkie Jean safe once again—before someone else she loves pays the ultimate price.

Before the killer destroys them all.

Findlay Creek with Nikki and Caine a good romance . Good series to enjoy

Could not agree more with another reviewer. Great storylines, charactrrs, but all author's novels so full of editing errors that it is disyracting. Need a reviewer contact me. No editor but avid reader. Love this author, just needs better proof reader. Looks like used spell check and changed words and meanings.

I have read the entire series Great series

Can't wait for the next one!

I love the characters and the story lines but please get someone to exit the obvious errors
I will keep coming back for more and it would be nice to have a few more of the PAVAD series too!!

Another one in the series that I couldn't put down

Dr. Caine Alvero was identical to Nikkie Jean Nettore's boss over at FCGH. There were differences in temperament and Caine has a dragon tattoo. He also had three children that he was raising with the help of his uncle. Caine wanted nothing to do with he brother Rafe or the rest of his siblings. That is until Nikkie blew into his ER and turned his world around.

Nikkie Jean is not exactly who she seems. She has ghosts in her past and they are about to catch up to her. She is a strong woman who has been assaulted and then survived cancer all at the age of 16. She has a remarkable heart and a great capacity to care about children and her few friends. Izzie and Annie are her closest friends, the rest are on the fringes of her life, she can easily escape if she gets to overwhelmed. She is a survivor and proves that trough out the story.

Caine hasn't had an easy life and his is reluctant to be with any woman again. He was burned in the past and he doesn't want to have that repeated again. He knew he had a brother years before the letter was sent to him requesting a meeting but like all of the siblings, he couldn't have cared less. Things are happening at his hospital and his brother's and it's only a matter of time before the two meet because of the trouble at both hospitals.

Caine and Nikkie Jean are both skittish and have not been in good relationships or have even seen a healthy relationship in the past. They get off to a rocky start and Caine makes mistakes, bad ones. He and Nikkie spend one night together after a tragic loss affects her and he comforts her. The consequences with change everything for both of them and his family. This also brings his new family into focus and he just can't deny letting his children get to know his new found siblings. Connections he wants his children to have because he didn't have those.

I enjoyed how Ms. Brookes ties in the characters. It all works and sometimes the connections get confusing as Caine and Rafe's mother had so many children and well there seem to be at least four more. There was a bit about Nikkie Jean's family that hasn't quite been resolved and I am hoping that they will be some of that in the next book. Each one of the heroines in this series and the PAVAD series has been a victim of some kind or another but each one is strong in their own right and has fought to be the women they are. I admire these characters and who strong they are.

Love this series. Eagerly awaiting the next book. I love the characters and I am always waiting for the next because I read them so fast.