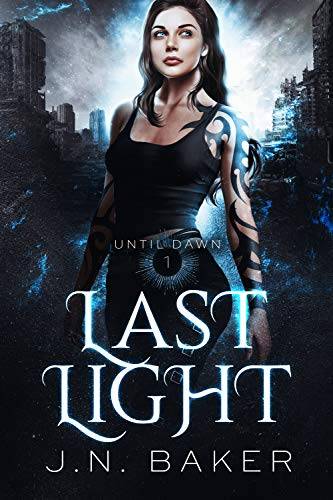 THE ENDLESS NIGHT IS COMING.

My name is Zoe and I'm an immortal, though not by choice.

For the past six years, my life has been anything but "normal." Thrown into a war that's been waging in the shadows for over a thousand years, I find myself in a fight between good and evil--light and dark. I didn't ask for this life nor did I start this war, but somehow it has become mine.

But I'm not the hero they say I am. I'm a monster. Not much better than the bloodsuckers that seek to destroy this world. The ones I'm tasked to kill.

Each of the Chosen has a gift and mine is the gift of sight. It's more like a curse. I've seen what's going to happen to this earth and it's not pretty. Even though it's against the rules, I couldn't help but save those few I love. Keeping them alive is a lot harder than I thought. The enemy is everywhere.

While vile creatures hunt for me and the other Chosen, the evil taking over the planet grows stronger. The world as we know it is ending. There is nowhere to hide, no place we are safe. We are humanity's last chance and we are failing.

Until Dawn: Last Light is the first installment in a story of death and despair, love and longing, and the will to keep going even when it seems impossible--even when you want nothing more than to give up.

***Last Light is the first book in the Until Dawn series and ends in a minor cliffhanger. The story continues in the second installment, Night Falls. CONTENT WARNING: This book contains brief scenes of sexual assault that may be triggering for some readers. It also contains mature language.***
Paranormal Vampire Romance Paranormal & Urban Fantasy

Liking Myself. Loving My Life: 21 Days to Enjoying Right Now

Seek and Find with Archie the Bear

Before Journey's End: A Memoir