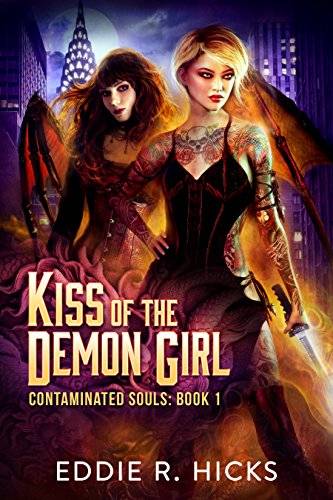 Ruthless, foulmouthed, and sometimes drunk. That’s me on a good day. Just imagine what I’m like on a bad day.

My name is Reika. I don’t know who I am anymore other than the following facts:

I used to be a member of the Yakuza.

I think a succubus has a thing for me.

The police shot me six times.

After my discharge from the hospital I learned that I had the unique talent to control fire. That’s right, a modern day pyromancer. I have no idea where these powers came from, the doctor that worked on me upped and vanished, along with all records of me ever being admitted to the hospital.

That’s when shady people from the shadows began to stalk me, some even had the balls to attack me. Don’t worry, I flambéed them all, I can take care of myself. What I am worried about are the people of New York City. Who’s going to defend them when my war with these shadow people reaches a boiling point?

I don’t want to be a heroine. I just want my life back.
Superhero Fantasy eBooks LGBTQ+ Fantasy Asian Myth & Legend eBooks

Born to be Bound

Broke Down: My Over the Top Possessive Alpha Harem

Crushing On Him: A Prequel in The Men of Summer Series