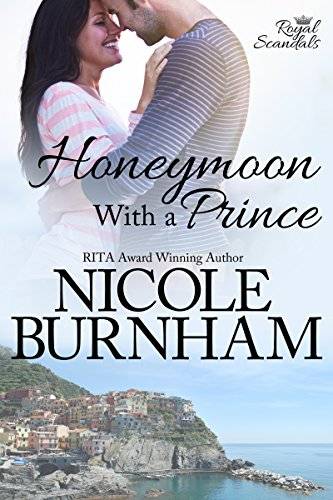 Dog meets girl meets prince.
After dumping her rich liar of a fiancé, designer Kelly Chase opts to take her honeymoon solo. What better chance to nurse her wounds than two weeks of beachfront bliss on the breathtaking Mediterranean island of Sarcaccia? Yet when she meets gorgeous local beach bum Massimo—thanks to his runaway dog—solitude becomes less important than enjoying the company of an honest man, one who values people over position and wealth.

Fresh from brutal combat, seeking privacy and a chance to heal, Prince Massimo Barrali is intrigued by the gorgeous American who fails to recognize him. He offers her dinner, but dinner and deep conversation become a night of intense passion…until the police knock on the door of Kelly’s rented villa and he’s forced to reveal his identity.

Kelly hates that she’s been deceived again. But who is the true Massimo Barrali? The wealthy, worldly prince? Or the thoughtful military man with whom she shared a romantic night under the stars?

A Cold Case In Spell

Shape Yourself or Break Yourself: A Practical Guide to Conquer Stress and Anxiety and Forge a More Resilient Mind and Body