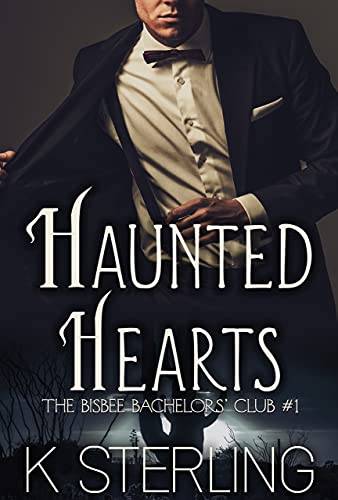 There are worse things haunting Cace Talbot than the ghosts inhabiting his beloved hometown. Hidden in Arizona’s Mule Mountains, Bisbee was small in a cozy way and just casually haunted with specters from its wild and sometimes dark past. Then, Laurence “Lorrie” Nixon returns after breaking Cace’s heart twenty-five years earlier and the town becomes too small and the memories a lot scarier. Lorrie’s waited long enough and is determined to win Cace back no matter how hard he has to grovel. He’s already got his work cut out for him when a pair of copycat killings with echoes from Bisbee’s past cast suspicion Lorrie’s way. Lorrie turns to Cace and their band of childhood friends for help solving the brutal murders. Cace doesn’t want to see his first love accused of a gruesome crime he didn’t commit but that doesn’t mean he’s letting Lorrie Nixon back into his life. At least, that’s what Cace says. His body on the other hand... Can Cace help find a killer without getting caught up in the memories and the pull of Lorrie’s lips?