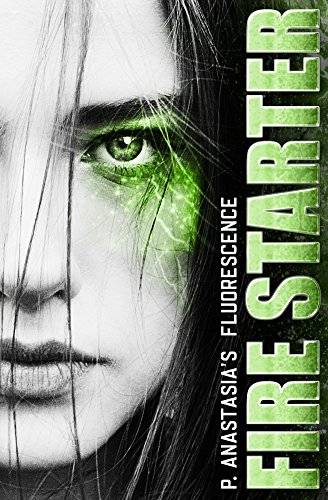 Fans of Cloak and Dagger, The Gifted, and Mortal Instruments can't put this saga down.
Alice was a normal teenager until a dying race of aliens chose her and a handful of others to preserve their bioluminescent DNA. The light lives in her bloodstream, it's unpredictable and could flare up at any time, exposing her secret to the world. With a budding new romance on the horizon, and alien intervention threatening her future, she struggles to hide her condition from the rest of the world, while trying to learn the truth behind the infection.
In a unique genre all its own, Fluorescence is a striking, unabashed blend of audacious young love, fantasy and sci-fi.
Each full-length novel in the series is narrated by a different character, driving the story forward in a new and exciting way. It evolves from a quiet beginning into a gripping saga exploring the real-life limitations encountered while harboring a volatile secret.

Novels in the complete Fluorescence series:

Anna and the Alien: A SciFi Alien Romance