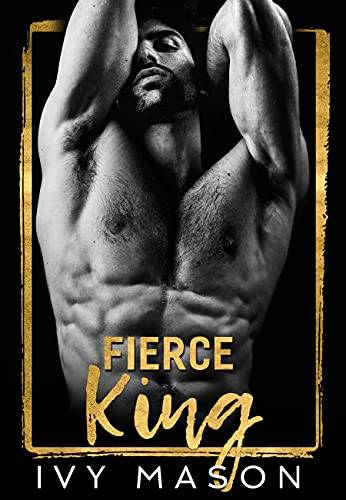 She hated me… but I took her anyway. Nothing would stop me from claiming what's mine.
Not even my own brother.
A billionaire mafia romance.

We’re the Kings,
Brutal and heartless, we rule the Vegas mafia.

Our dark underworld is savage and unforgiving,
It takes everything from me, including the woman I love.

Ten years later I come face to face with Rose,
She's innocence and light, and reminds me of everything I lost.

She also looks exactly like the woman I once loved.

Turns out, they’re closer than I could’ve imagined.

She hates me because she thinks I killed her sister,
But I take her captive anyway, because I want her,
In my bed and by my side.

She belongs to me.

And no one, not the bratva or my own brother,
will steal what's mine.

For fans of Rina Kent, Sophie Lark, and J.L. Beck, Fierce King is the first book in The Dark Throne series, which is a series of duets.
FIERCE KING will end in a cliffhanger and will conclude in book 2, REGAL QUEEN.
All duets in the series have guaranteed HEAs and no cheating.

This book is for those of you who like a little bit of darkness in your stories.
Beware the monsters lurking in the night.
Organized Crime Vigilante Justice Noir Crime

Travels with a Rescue Dog