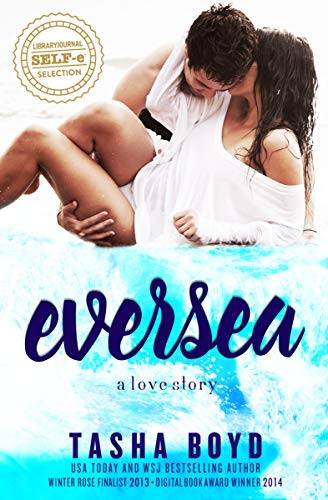 An orphaned, small-town girl, held hostage by responsibility and self-doubt.

A Hollywood A-list mega-star, on the run from his latest scandal and with everything to lose.

A chance encounter that leads to an unlikely arrangement and epic love affair that will change them both forever.

When his co-star and real-life girlfriend is caught cheating on him by the tabloids, A-list hottie, Jack Eversea, finds himself in sleepy Butler Cove, South Carolina. Jack hopes the sultry southern heat in this tiny coastal Lowcountry town will hide him not only from the tabloids and his cheating girlfriend, but his increasingly vapid life and the people who run it. He doesn’t count on meeting Keri Ann Butler.

Keri Ann has relied on herself so long, dealing with her family’s death and the responsibilities of keeping up her family's historic mansion, that boys and certainly the meager offering of eligible boys in Butler Cove, have never figured into her equation. But fate has other plans. Suddenly face to face with the man who played the movie role of her favorite fictional character, Jack has Keri Ann yearning for everything she has previously avoided ... and Jack must decide whether this funny, sassy girl is worth changing his life for, before his mistakes catch up to him.

The story of EVERSEA is book one in a series and is continued in Forever, Jack.
Winner: Digital Book Awards 2014 (Adult Fiction)
Winter Rose Contest FINALIST 2013 (Contemporary Romance)
A Library Journal Self-e Selection 2015

"Love stories like these are the reason I read." ~ Natasha is a Book Junkie

"I LOVED this book!" and "This book is escapism at its very best. It is a beautiful coming of age story with lots of lovely romance mixed in." ~ Laura Carter, Founder New Adult Book Club on Goodreads and Bookish Treasure Blog.

"I absolutely loved it. I really couldn't get enough." ~ Jess, Book Passion for Life Blog

"Eversea is the kind of book you read with a carton of ice cream , to escape for a while and daydream for hours afterwards. It's the kind of chick flick you'd watch and swoon over (and over) with your BFF's on Girls' Night." Laila, Goodreads

The Bible's Uniqueness: An Introduction to Scripture

The Dream Guy Next Door