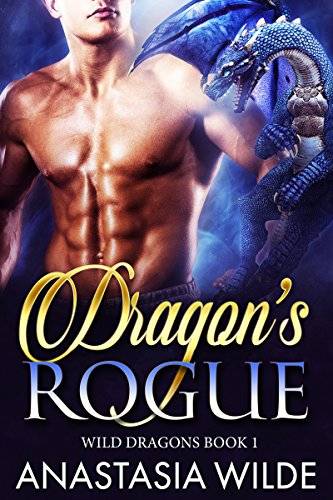 He’s seen her in his dreams for a hundred years.
Now that he’s found her, he’ll do anything to make her his own…

Zane has one mission: help his brother dragons find three magical items to seal the tomb of the evil dragon Vyrkos, and keep him from rising in a devastating volcanic eruption.

When the search leads him to Blaze McKenna, he's stunned to recognize her as his dream lover—the mysterious woman he and his dragon have desired for nearly a century. Prophecy says she’s also the Keeper of the first Seal—but it doesn’t say which side she’s on.

Blaze is a witch hiding out from her former coven. After stealing their most powerful artifact to keep them from destroying themselves, she’s been preparing for the day when the coven leader will hunt her down and try to take it back—a battle that only one of them will walk away from.

So when smokin’ hot dragon shifter Zane Greystone offers to help her fight the coven in return for her handing over one of the Seals to Vyrkos’ tomb, it sounds like the perfect plan—except for two problems:

She doesn’t know where the Seal is.
And the dragon doesn’t just want her help—he wants her heart, body and soul…

Three Wild Dragons. Three Destined Mates. One impossible mission. And an ancient prophecy that binds them all together...

Christmas with You: A Sweet, Fake Relationship, Military Romance

Memory: The Ultimate Tips and Tricks for Improvement