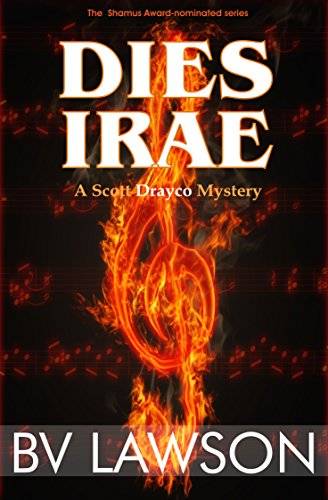 A mysterious music puzzle. A murdered co-ed. Sinister secrets.Three years ago, Scott Drayco left the FBI after an incident involving his partner, Mark “Sarg” Sargosian. Now a freelance crime consultant, Drayco often helps law enforcement on cases, but he never imagined his estranged former partner would turn up on his doorstep, pleading for Drayco’s help. A student at an elite Washington, D.C. private college has been murdered, and the victim's friend—Sarg’s own daughter Tara—might be the next target.The killer left behind a puzzling music code at the crime scene, and Drayco soon learns he has two things in common with the murdered girl: a music background and synesthesia. The case takes an even darker turn after a second murder and a second music code, with signs pointing toward a possible ritualistic killing.When Drayco himself starts receiving coded messages, he finds himself locked in a deadly game with a madman, where only one of them may come out alive.“A notable title worth putting on your reading list.” – Library Journal“BV Lawson has created a memorable character in Drayco, a concert pianist turned FBI agent, turned crime consultant. He also has the fascinating condition of synesthesia, which not only adds a mysterious depth to his character, it is integral to the plot.” – Big Als Books and Pals