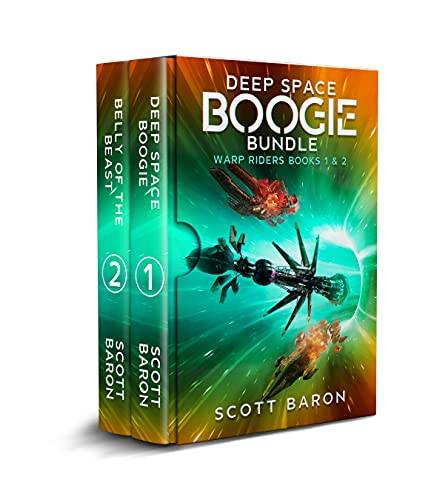 When it hits the fan, you call in the best. Unfortunately for planet Earth, the best were busy.

Humanity had won the Great War, joining forces with a band of alien rebels to overcome their mutual enemy, a vicious race who had very nearly driven them to extinction. When the dust finally settled, humanity had survived, but only just. Teams of explorers were rapidly deployed to the distant reaches of the galaxy, hopeful they might discover peaceful new alien worlds to join their alliance.

But not all aliens were friendly. A fact made quite clear when a strange attack ship warped from the depths of space and assaulted them with no provocation. It seemed Earth had a new enemy to deal with, but they had no idea who these aggressors were or where they came from. With limited options, a rag-tag team was hastily formed to track them down. It wasn't perfect by any means, but it was their best hope. Or so they thought.

Murphy paid a visit, and a warp accident unexpectedly hurled them off course to distant reaches of the galaxy. The crew found themselves not only off the track of their enemies but utterly lost. But out in the darkest depths of space, it was looking like they were not alone.

Just finished reading both 1 and 2 of the series and I couldn't put them down until finished. This series is some of the most fast paced and action packed that I have read in awhile. You have to read them but be ready with lots of time because once you start you can't stop reading.

This storyline starts strong and the first book was acceptable to the end, but the second installment begins to lose momentum about the time our heroes are “swallowed “ by the mammoth alien ship. From that point on it becomes a lesson in how to lose. Fumbling, bumbling, tech-limited antagonists, mysterious alien tech, and none of it following a reasonable plot. The series has definitely “jumped the shark” and become a mere shadow of what it had been. I eventually tired at the irrational improbability of the storyline and quit before the end. I just no longer cared about any of the characters or their eventual solutions.

The idea that there might be an alien race that could create a monstrous collection device roaming outer space is an interesting concept. The story has good descriptions and many interesting characters.

author thought he was getting paid by the word

Not bad at first, even had good promise. Eventually the repetition and ridiculous over explanation got to me. I quit a little more than 1/2 way through, when i realized I was hoping they would just die.

All of these writers over describe repeatedly as though they are getting paid by the word. They are not.

Different take on outer space. Have not yet read the other three but will soon start on them. Enjoyed what I have read so far.

Want a great read, grab this bundle? Hard running stories, great new characters to get to know. And then there is Turd!