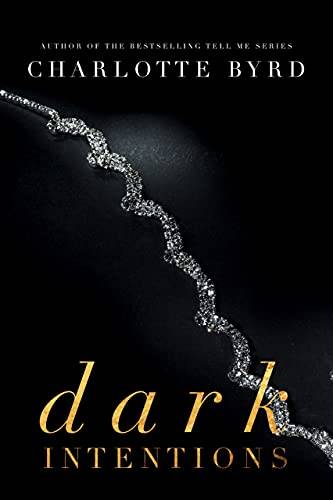 One debt. One secret. One night.

I have a secret and I'll do everything in my power to keep it that way.
I've been watching her for a long time.
I’ve been following her.
She’s lost a brother. I lost a best friend, but no one could ever know.
She's in pain, and so am I.
She deserves so much better than me. I am rotten to the core and if I take this any further, I will pull her into my darkness.
But I can’t stay away. I can’t stop.
What happens when she starts to uncover my lies? What happens if love isn’t enough?

From bestselling author Charlotte Byrd comes an intense romance about debts, lies and secrets and the extent to which people go for love.

He gives me chills and makes my body ache. He makes my pain go away. He’s just a distraction, but I can’t get enough of him.

Dark Intentions is the first novel in the Dark Intentions series. It is a dark romance/romantic suspense about debt, lies, wealth, crime and family bonds. There is no cheating.
Organized Crime Gothic Romance Mystery Romance