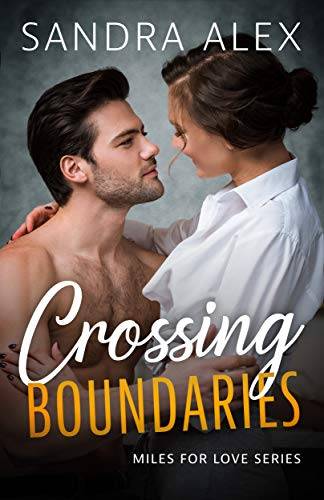 A ruthless ex. An abandoned medical degree. And a woman who will make Daniel forget all that.

Kayla marries Nick when she isn’t old enough to know better. With an ever-ailing mother and co-ownership of Nick’s company, Kayla is too busy to see what everyone else does until it is too late. With no children, an unfinished education, and both the intelligence and drive to move mountains, nothing can stand in Kayla’s way…until the first day of school.

Daniel is hard-nosed, has a chip on his shoulder, and he has neither the time nor the desire for anything other than work. Pre-med and former military, Daniel is the chosen sibling to watch his father post-stroke, adding fuel to his ire, as his already busy life has been put on hold. He’s a loner, hard-working, he’s rich…and he is about as sexy as they come.

Kayla and Daniel have a very awkward meeting….at least on the second attempt. Daniel can’t stand the once-too-forward girl he met when forced to go out with his friends, and Kayla begrudges her friends for forcing her to slip off her wedding ring and party before the ink dried on her divorce papers. Kayla never expected things to end up the way that they did, and if she could take it back, she would. But life’s like that.

Everything is all perfunctory between Daniel and Kayla until Daniel learns something about her that compels him to help her in a way that nobody else can. While she refuses to take the hand that he’s offering her, she soon realizes that when it comes down to it, he is all that she’s got, and he soon realizes that she’s all that he’s ever wanted…he just never knew it. A once-hardened man softens and learns to open his heart, because his heart will take nothing less than hers.

A heartbreaking yet heartwarming love story about what happens in real life when two people are forced together under difficult circumstances. Daniel and Kayla will warm your heart and renew your belief that true love is really out there, even when you’re not necessarily looking for it. This is the first book in a new steamy romance series. All the books in this series can be read in any order. Pick up your copy today!

"Awesome storyline and impressive character development. I loved their responsibilities with their individual parents! Plus, I rooted for them to stop fighting their love.
This is an ARC REVIEW, and I bought a copy." - 5 Stars from Book Lady Teri, Amazon Reviewer

"Sandra Alex has written a 5-star book that has the main characters dealing with their feelings for each other. This was a wonderful book and I would recommend it to anyone." 5 Stars from Angela Barnes, Amazon Vine Voice Reviewer

"I really enjoyed his book and devoured it in an afternoon. If you're after a love story that has more going on than just the couple then definitely read this book." - 5 Stars from Mrs. R., Goodreads Reviewer

"This book absolutely touches the emotions of the reader as we read Daniel and Kayla’s story, heartbreaking at times, but you will still feel the strong love and sizzling chemistry. The story line will pull the reader in as we see Kayla and Daniel denying the depth of their feelings. Fortunately, the all-or-nothing kind of vulnerable friendship keeps them holding on until things finally start to go right, when she realizes he is all that she’s got, and he sees she is all that he has ever really wanted -- he just never knew it until now. This is an enjoyable read, despite the occasional need for a tissue swipe now and then – probably just allergies. But seriously, this is one you should read and savor. It has all the “feels” and you won’t want to miss it." -5 Stars from Emily Amazon Top 500 Reviewer

"Another hit for Sandra Alex. I love her books. Heartbreaking at times but their love comes through. Daniel and Kayla are perfect together." 5 Stars from Sandy Johnson, Goodreads Reviewer

The Magic of Unkindness: The Books of Conjury, Volume One