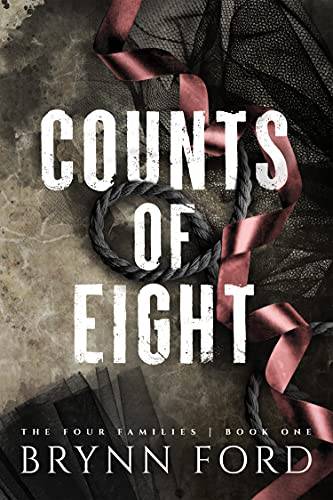 Two captive dancers. One cruel master. A single performance to determine whether they live or die.

★★★★★ "Dangerous, haunting, twisted, powerful; this is what true dark romance is meant to be." -The Flamingo Bookshelf Review-

Anya has served as a talent slave for one of the four families since she was kidnapped three years ago. She has accepted her fate, knowing that the four families are everywhere and escape is impossible. She belongs to Nikolai who abuses her in unspeakable ways. He's a villainous master and head of the Mikhailov family. She has learned to live the life of a slave, complacent in her misery, until a new captive arrives and changes everything.

Ezra has just been violently kidnapped and brought to the Mikhailov family home. He is given to Anya as her new dance partner. Sarcastic, stubborn, and impulsive, he refuses to recognize a master, but Anya knows her fate rests in his hands. His cooperation is crucial to their survival. If their performance at the next quarterly meeting of the four families doesn't meet Nikolai's strict expectations, it could mean death for them both.

As Anya tries to break Ezra into compliance and train him in her style of dance, her walls are broken down, and a bond unlike any other is formed.

It's dangerous to fall in love when you're a slave.

This dark romance thriller tells a story of love against all odds.

Content Warning: This book contains explicit sexual content, violence, and mature themes including scenes where consent is not sought or given. The author in no way condones such heinous acts, but rather seeks to immerse the reader in the true horror of the characters' experiences. This is your trigger warning—reader discretion is advised.

Series Note: Counts of Eight is book one of three in the Four Families trilogy. It is not a standalone and the books must be read in order. Books one and two end on major cliffhangers, but the series is complete and ready for you to binge read!

See what readers are saying about this dark romance!

★★★★★ "Dangerous, haunting, twisted, powerful; this is what true dark romance is meant to be." -The Flamingo Bookshelf Review-

★★★★★ "This was so cleverly executed, refreshing, unique in so many ways, the fact that it was unputdownable makes this an easy 5 star read." -Kitty Kats Crazy About Books Review-

★★★★★ "Who are my dark romance queens? Pepper Winters, Pam Godwin, Tillie Cole....and if the rest of this series is like Counts of Eight then Brynn Ford will be right up there with these ladies." -Jess *lovetolovebooks* Review-

★★★★★ "It has been a very long time since I read a proper Dark Romance and very few authors do it well but Brynn has certainly ticked all the boxes for me and is up there with the best authors in this genre and yes I mean Pepper Winters (who is Queen of this genre for me)." -Kelly, Goodreads Review-