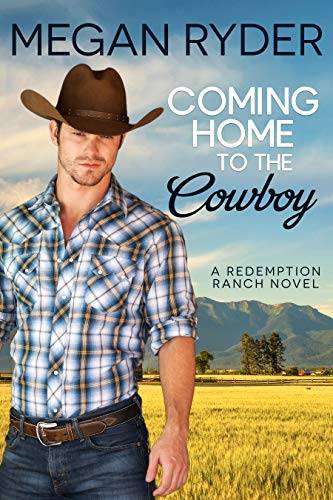 Champion bull-rider and all-around fun guy Chase Summers is everybody’s friend, but his affable personality hides a lifetime of pain. Having been abandoned as a young child at the steps of a church, he learned young that he was unwanted. The only thing that saved him from isolation was his foster dad and life on Redemption Ranch. Now he spends his time on the rodeo circuit, sending home his winnings to help the ranch succeed, and his nights with buckle bunnies, making sure no one gets close enough to touch the pain deep inside.

The town good girl who saw the good in everyone…

When accountant and small business advisor Hailey Spencer is hired by Redemption Ranch to implement their dude ranch ideas, she and Chase are thrown together. It's not long before he is introduced to the son that she had with his best friend. The best friend who would've followed Chase anywhere...even the bull riding circuit with its deadly potential. With Hailey hanging on to resentment and Chase racked with guilt, the two try to fight their age-old attraction – in vain. Chase knows Hailey deserves more than a broken-down cowboy for her son and her heart.

Can Chase resist the call of the rodeo and man up for a woman he's loved for years or will he leave for the allure of the road?
Contemporary Romance Western Romance

A Cowboy for Alyssa: Burlap and Barbed Wire

Archangel Down: Archangel Project. Book One

Anything For You (The Connor Family)