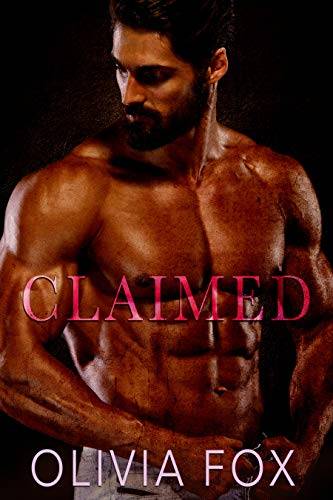 Deep-sea diver left for dead. A speechless siren finds him on the deserted strand. A guy who battles sharks, near drowning, and oozes danger.Eric GarcíaThe waves of fate tossed him up on the shores of my solitude, and for the first time since the collision, I feel safe.A man who swims in the ocean depths, fearing nothing. Mentally and physically fit. He wants me to talk again. Why would he understand that I’ve stayed protected from the heartlessness of humans only by remaining here on the abandoned shore of the Pacific Ocean? Hiding. Silent.He’s rough. Bold. And insists that I call him “daddy”. But how can I when a horrible incident took my words away forever?Beneath the steely surface lies a devoted and gentle heart that I don’t want to disappoint - one that needs to claim me as his.
No way am I going back to village with him so he can spoil me like he says I deserve. Even though his firm hand and punishments make me squirm, in a good way, this won’t work.I’m an unusual girl, twenty years his junior, who earns her living selling shellfish.  The laughingstock of Briarville. Eric doesn’t know about the deal I sealed for my aunt’s silence - an arrangement I’d ruin by showing my face in town.His kisses set off a sharp, wild need in me, and I hope that mine tell him without speech that I love him.He demands that I’m his. But I realize this desire burning between us won’t survive the ugly that flourishes where the people are.From Amazon Best Seller: Olivia Fox comes this age gap,  alpha romance. Claimed is part of her Dirty Fairy Tales series, inspired by The Little Mermaid. Each book is a standalone, naughty ever after.♥ If you crave scorchingly, steamy stories, scroll up and click the button to buy. ♥ ◆This book does not feature age play, pacis or Pull-Ups®. It features a significant age gap.◆
Erotica

This story had me from page one! It is an age gap romance with fairy tale elements that will keep you glued to the pages. Arielle comes to Eric's aid when he is beaten and thrown into the ocean for shark bait. Luckily for him Arielle's dog spots him and brings her to him where she gets him to her cottage and their journey to love starts. It is a relationship that is filled with power exchange that helps Arielle get back some of her confidence she lost thanks to traumatic experience's she suffered as a child and aids in her getting her speech back as well.

What an awesome story. Parts of it was heartbreaking, parts were a descriptive delight, and the rest just kept me reading until the happily ever after. Still smiling!

Ariella lives by herself in a cottage by the sea when she stumbles with a man that washed ashore.

Eric is a deep sea diver working for a company oil that was jumped by some guys wanting to get rid of him in order to avoid disrupting the company's plan.

Eric is 100% Daddy that wants to take care of Ariella after she brings him back to health. Ariella can't speak due to childhood trauma and Eric wants to help her.

The story was compelling, not much of a Little Mermaid retalling if you ask me, but it was good to see the focus to mental health and dealing with trauma.

The smexy scenes were H-O-T , but some of them were kind of unnecessary to the story. The climax of the plot (the main villains) fell to the background and everything was "resolved" in the epilogue as an offhand comment.

Claimed was a good read; however, not as good as Captured. Claimed was a bit more graphic and the story did not flow as well due to this. I would have enjoyed a bit more story to go with the sex.

Pass Me My Fan!

This one’s a real scorcher. Loved both characters and the story had my toes curling with tension as to what would happen next...suspenseful. It could have been a tad longer. I hated that it ended. I wanted to go with them to the beach one more time. Get this one.

So Hot for Him: Bad Boy Forbidden Love Romance Collection

I Kissed an Earl (and I Liked It)