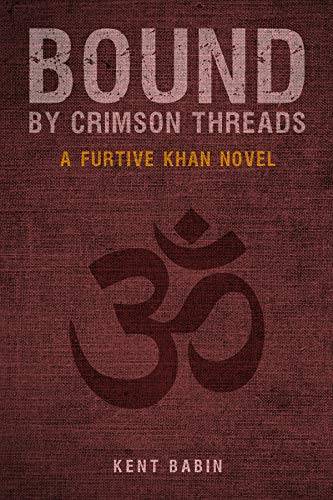 Intikam is back for more in the second book in the Furtive Khan series.

Mongolia was a disaster. Not only did Intikam fail to deliver the evidence he was sent there to get, he left a trail of carnage in his wake. It was not what Furtive Khan had envisioned, and someone needs to be held accountable. Intikam has no doubt who that someone is.

Fearing the worst, he returns to a chilly reception at the Furtive Khan office in Istanbul. The Tyrants waste no time beating him with the proverbial stick. A stinging rebuke, if ever there was one. And just when he thinks his career is over, they dangle the carrot: a second chance, this time in India. Take it or good riddance.

Manav Patel has not lived the life he had hoped for. Left to fend for himself after the death of his parents, he is forced from his native Gujarat in search of work. Through a stroke of what he can only describe as luck, he lands an assembly line job at an automotive plant in a suburb of Delhi. Life has never been better. That is until he ends up out of a job and on the lamb with nowhere to turn.

Manav and Intikam find their fates intertwined as they are unwittingly caught up in an international conspiracy perpetrated by unsavoury elements of the global underworld. For Manav, it is nothing new—the plight of the powerless in the world's largest democracy. For Intikam, it leads to shocking revelations that make him question the motives of his employer.

As the perpetrators move in to protect what is theirs, can Manav and Intikam avoid becoming loose ends?
Mystery Action Fiction Travel Adventure Fiction Action Thriller Fiction

The Immortals: A fantasy romance