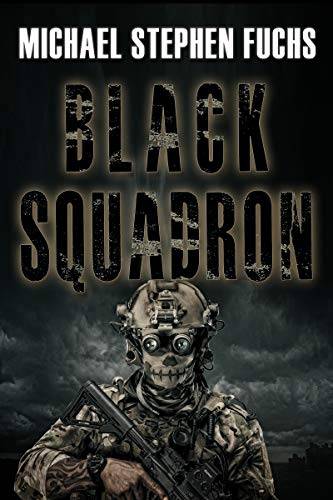 Readers call the work of Michael Stephen Fuchs: “extreme, fast-paced action at its most violent, explosive, deadly, and gripping” … “thoroughly engrossing, taking you on a wild ride through utter devastation” … “full-on military badassery”… “totally stunning in its originality” … “Relentless - Fuchs is a master of turning the screws” … “terrifying, heroic, and tragic” … “Riveting. Full of horror and beauty” … “The writing is incredible, and the level of action is absolutely unmatched” … “unrelenting, unflinching, and unputdownable” … “brutally fast, intense, intelligent, and just brilliant” … “a continual heart attack” … “Insanely awesome” … “You have to remind yourself to breathe” … “Like a Michael Bay movie on steroids” … “Action, frustration, fear, laughter, sadness, and hope. MSF is a gift…”

One troop of beyond-Tier-1 operators – gone completely off the reservation.
One platoon of stalwart Army Rangers – pledged to protect them, but now pushed too far.
And a thousand tribes of enemy fighters who JUST WANT THEM ALL GONE.

Black Squadron is a secret cadre within DEVGRU (aka SEAL Team Six), consisting of master sniper and recon experts who carry out sensitive and dangerous advance force operations (AFO) in the most lethal cesspools and ash-heaps around the war-torn globe.

But now they are being deployed to the darkest heart of the last days of the blood-drenched Syrian civil war, where they are surrounded by thousands of Syrian regulars, dozens of head-hacking Islamist militias, the hardest of the hard-core ISIS and al-Qaeda remnants, fierce Kurdish Peshmerga freedom fighters, ruthless Iranian Qods Force agitators, as well as Putin’s hyper-lethal and utterly merciless pipehitters from Spetsnaz GRU.

They’ve also been saddled with a blocking force, a platoon of US Army Rangers from the 75th Ranger Regiment – a unit that has fought in every U.S. engagement from the invasion of Sicily to Black Hawk Down. The Rangers are upright, loyal, and never leave their brothers behind.

But now the Rangers may be the only ones who can stop a rogue Black Squadron from leaving everyone bleeding out in the street – and also kicking off a shooting war between two nuclear powers.

It’s Black Hawk Down meets Training Day in this explosive collision of two legendary special-operations units battling to survive and prevail in the most dangerous city on the planet.