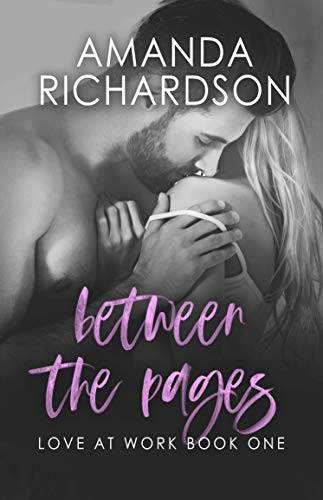 “I AM SPEECHLESS!” - Goodreads Reviewer

Finley Matthews is done writing for other people as a ghostwriter. She's tired of seeing her work with someone else's name slapped on the cover. She wants to make a name for herself, even if it means starting from scratch and saying goodbye to a steady paycheck.

So when Emerson Whittaker, the famed, mysterious novelist convinces her to take on one final ghostwriting project in return for good money, she doesn’t even think twice. This could be her gateway into the daunting literary world.

Finley finds herself captivated by the enigmatic Emerson. And there's something about Finley that Emerson can't ignore, either. They soon find themselves digging deeper into each other’s lives, and Finley soon uncovers things — shocking, hidden things that she can’t just brush aside.

The only problem is, Finley is falling in love with Emerson. And she’s not sure she can overlook the provocative secret he’s been hiding for eight years.

The Love at Work Series consists of interconnected standalones, all having to do with falling in love at work. They can be read in any order!

All I Want Is That Hood Love

Tea for Three: A heartwarming story about life, love, and true friendship

Murder in the Manor