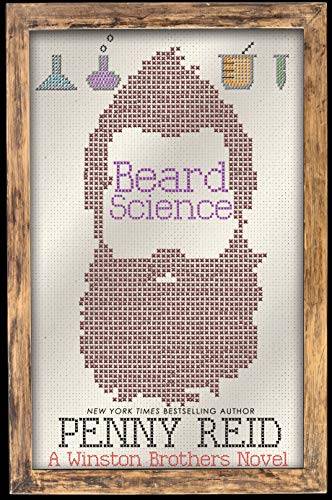 Make a deal with the devil and you might get what you want, but will it be what you need?

Jennifer Sylvester wants one thing, and that one thing is NOT to be Tennessee’s reigning Banana Cake Queen. Ever the perpetual good girl and obedient daughter, Jennifer is buckling under the weight of her social media celebrity, her mother’s ambitions, and her father’s puritanical mandates. Jennifer is officially desperate.

Cletus Winston is a puzzle wrapped in a mystery covered in conundrum sauce, and now he’s in a pickle. Despite being convinced of his own omniscience, extortion by the exalted Banana Cake Queen of Green Valley has taken him completely by surprise. So... what’s a maniacal mastermind to do?

Likely, the last thing you expect.

The banter between Cletus and Jen is hilarious. He is definitely a sneaky character and she is the ultimate good girl. It is fun watching them fall. The narrators do a fantastic job bringing the characters to life!

Cletus Winston is being blackmailed by the Banana cake Queen, Jennifer Sylvester. She wants out of her parents house and figures the only way is by marriage. No she doesn't want Cletus. Just his help in achieving her goal. But through the mishaps of the Winston family things don't go the way either of them figure. When Cletus finally sees her for what she hides from all others things get funny. Here he thinks he has the upper hand but she has been ten steps in front of him. It seems the jealousy bug has hit him hard. Will he get the girl that is equal of him? What happens is a comedy of errors that had me laughing while listening to the two narrators tell the story. I will be listening to all of them soon.

From the very first book in this series, Cletus ' story was the one I was looking forward to the most. How could such a weird and awkward guy find love and who would be patient enough to deal with him? I'm glad it was the Banana Cake Queen. She was the only one who could get him out of his shell. Perfect couple, perfect storyline, perfect book.

Another fun book in the Winston Brothers series

Cletus is a lot smart and a little scary, but Jennifer decided he is the one that can help her overcome her shortcomings. Blackmail plays a role in this romance.

Truly a standout in the genre! I Loved it just as much as Neanderthal seeks Human!

This book for me was the runner up in the Reid universe to Neanderthal Seeks Human with Cletus feeling an awful lot like the boy version of h (blanking name) from Knitting Series Book 1. I adore this type of analytical awkward lead and perhaps even love Cletus more for his astute directness without any of the “we love each other but no barriers at all but the ones we’ve constructed in our minds exist to keep us apart” vibes that have plagued some of Reid’s other books.

Further, I LOVED Jen!!! I never thought I’d like a shy heroine but her debilitating shyness was so cute and sweet and different.

Well done, Reid!!! This book was extraordinary, sexy and so unique. Truly a stand out among contemporary romances.

I loved this book so much!! I had no idea cletus and jenn would be my favorite! Both are excellent characters with a wonderful story!

I love Jenn and Cletus!

I thoroughly enjoyed this book. It was wonderful to see Cletus find someone unexpected who challenged him and helped him grow just a bit!

Everything this woman writes is gold.

I get lost in this world she's made of good, but not too good, people. A true artist, Penny Reid paints a complex and rich canvass of players, their foibles and quirks, their depths of emotions, their passion and heartbreak. These Winstons and their loves reach out, wind you around and bury you in their stories until you start thinking in your head in Cletus-speak. These characters feel like family. 10 out of 5 stars to all the Penny Reid stories.

Planet of the Dogs: A space adventure with Space Dog Alfred

Sherlock Holmes and the Case of the Brash Blonde: a modern take on an old legend