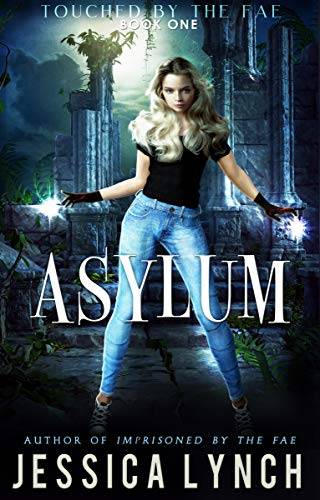 The fae are real. I just pretend they're not.
Black Pine Facility for Wayward Juveniles. The asylum. It's a place where they stick troubled cases like me until we age out or they think they've fixed us.Newsflash: you can't fix what's not broken. And I may have been thrown into Black Pine when I was barely fifteen, but I'm not crazy.I'm cursed.Because the fae? They're real. Gorgeous, ethereal, mythical creatures who can't lie but are experts at twisting the truth. Just one touch, that's all it takes. Just one touch and the fae have power over you. Just one touch and your whole world can go up in flames.I was warned. He called himself the Shadow Man. With his raven hair and glowing silver eyes, he looked the part, too. He's the one who told me about the fae, who made me promise not to be tricked into giving up everything I have with the single touch of my hand. I'm... I'm not so good at keeping promises.Now I'm just about to turn twenty-one. I've kept my head down, constantly wearing my leather gloves as if that's not too little too late. At least they're finally letting me out of the asylum. I've done my time inside here, went through therapy, worked with my psychologists. I'm supposed to be released in two weeks.That's when Nine, the Shadow Man who once haunted my childhood, returns for the first time in six years with another warning—plus one hell of a surprise.There's a prophecy. The Fae Queen wants to get her hands on me because of it, and she has the power of the whole Seelie Court behind her. I'm screwed—unless I can hook up with the dark mate mentioned in the prophecy.Too bad I'd rather die than let another fae male touch me again.
**For fans of Holly Black, C. N. Crawford, and the film classic, Labyrinth, Asylum is the first book in a planned trilogy featuring a wary & independent half-fae heroine, the Dark Fae who has shadowed her her entire life, and her quest to learn about who she really is and why the powerful Fae Queen wants her dead.
Children's eBooks Myth & Legend Fantasy eBooks Teen & Young Adult Loners & Outcasts Fiction eBooks

Now and Forever 4, The Renovated Heart

A Spartan's Sorrow: The epic tale of ancient Greece's most formidable Queen