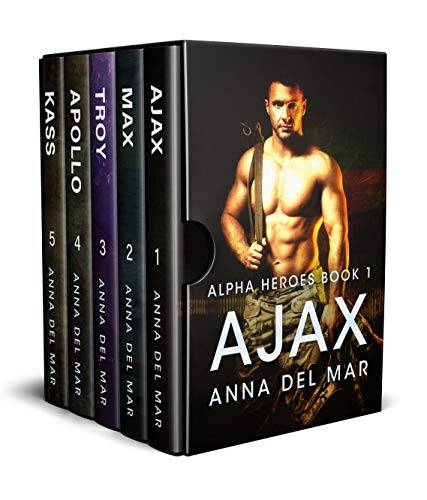 He’s a former Navy SEAL, haunted by his past.

She’s the only woman who can help him redeem his honor.

But will they be able to overcome the mayhem of his previous life, and set themselves free from the darkness?

Max Battleson can’t outrun the memories or the agony of his former life as a Marine.

That part of his past has left scars, both mentally and physically.

But when his brothers force him to take on a new mission, he finds himself facing more than just a mysterious enemy.

He discovers the only woman who has a chance to save him from himself.

Troy Battleson is a man with many secrets. No wonder his call sign is Rogue.

A former special operations pilot, Troy is now a ferocious lawyer engaged in a high-stakes mission to catch a mysterious enemy. Handsome and smooth-talking, he hides his past behind an extensive catalog of manipulating charm.

Marisol Mendez is a scientist playing the dangerous role of spy. She's on a mission of her own to avenge her sister’s murder and preserve her family’s legacy.

The most dangerous thing they could do is fall in love...

Apollo Battleson knows what it is to be down and out.

He’s come a long way since poverty and tragedy launched him into a soul-crushing journey through the juvenile court system.

Now he’s a doctor, a decorated former SEAL, and a self-made man.

He’s also the guy who keeps his pack of alpha brothers alive as they tackle some of the world’s most dangerous missions.

But that all changes when he meets a mysterious woman who goes by the name ‘Blue.’

And she might just put him in more danger than even he can handle.

Kass Battleson is a man who has beaten the odds and chosen his own destiny.

A hardcore overachiever, he's also an elite Delta Force operator, and along with his brothers, the founder and CEO of the hottest startup in Denver.

Rich, powerful, and used to getting his way, Kass has everything he’s ever wanted, except for the one thing he craves more than anything else: Liberty Rose—AKA Tee.

She’s the one that got away.

And now that she’s in danger, Kass will have to fight for her with all he’s got.

Both of their lives depend on it.
Romantic Suspense Military Romance New Adult & College Romance

The Ex Who Wouldn't Die

When Sinners Play: An Enemies to Lovers College Bully Romance