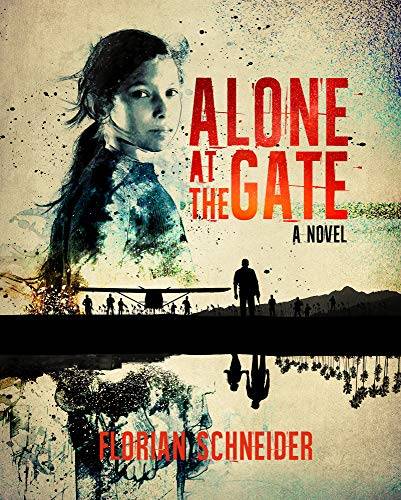 Julian Keller, at the ripe old age of twenty-three, never managed to excel at anything. He’d been defiant as a child, rebellious as a teen, mischievous as a young adult—not to mention good-for-absolutely-nothing, as his alcoholic mother never tired of reminding him throughout his early years—and is now permanently broke while working as a small-time photo journalist.

After stumbling on an unexpected opportunity amidst the Nicaraguan civil war in 1978, Julian rises to become one of America’s most influential smugglers of that new and harmless plaything for the hip and wealthy called ‘cocaine,’ which he proceeds to fly in from Bolivia. However, buying private planes and LA beachfront mansions with the kind of ease with which he’d not so long ago bought chewing gum turns stale once he begins to learn about the inner city crises that his ultimately not-so-harmless merchandise unleashes all over the United States.

Meanwhile, LAPD detective Eric Welsh—whose mother, an English immigrant and self-made millionaire, was murdered in Los Angeles when he was ten—emerges from his bleak subsistence as a homicidal vigilante hunting violent sex offenders when he takes in Sonia, a deeply traumatized twelve-year-old Nicaraguan refugee. While Eric rediscovers life beyond the ambit of vicarious revenge, he bonds with Sonia, watches her grow up and thrive, and is in awe of the indomitable strength with which she won’t allow to be defined by what she’s suffered through. When he finds out that the most prolific smuggler of cocaine he’s ever come across resides right up the street from him in Malibu, Eric gets entangled in a cobweb of red tape as dubious U.S. State Department operatives get in his way.

The story opens with Det. Welsh following a lead to a serial murderer. Instead of arresting the scum, he murder’s him. Eric has a high incidence of on the job shootings as he delivers his brand of justice. He suffers emotional issues from his childhood; he was forced to watch as his wealthy mother was tortured and then murdered.
Julian Keller at age twenty three is an immature, unsuccessful news correspondent going to hotspots in South America searching for the big story that will land him a job with a major news organization. Instead he stumbles into a large sum of money and buys four kilos of cocaine and smuggles it into the U.S. His luck holds and he becomes a major transporter of drugs from South America. Eventually the CIA forces him to use his operation to transfer arms to factions the US government supports in the civil wars there. Finally Julian is forced to accept he is facilitating the torture, mutilation, and murder of hundreds of thousands of people. He is wealthy but paranoid and goes into seclusion for many years.
Sonia Gutierrez was damaged goods at an early age. To escape the pervert who kidnaped and abused her for months, she disemboweled him with a knife. She and her mother are hounded by news reporters until they move in with Det. Welsh who found her shortly after she killed her abuser. She and Eric bond in an unlikely relationship. She wants to be close to him but at the same time holds him away with smart mouthed sarcasm.

All the main characters carry the scars of past relationships gone awry. They are emotional cripples with each coping in their own way.

The editing and sentence structure are subpar and desperately in need of professional guidance.
Details and research indicate at least a passing knowledge of the many locations mentioned.
The plot is a step above the usual drug cartel yarn with detailed insights into the main character’s emotions.
The writing style is complex and takes the reader inside the main character’s heads.

The story was easy to follow until the end when the time jumped thirty years and scenes got out of sequence. It ended leaving too many loose ends and the reader left to choose the ending.
In spite of the flaws, I did enjoy the story and recommend it for readers who enjoy a deeply insightful story.

Kiss of the Demon Girl

The Witching Place: A Fatal Folio

Christ in the Psalms: 30 Daily Devotions from the Hebrew Hymnal