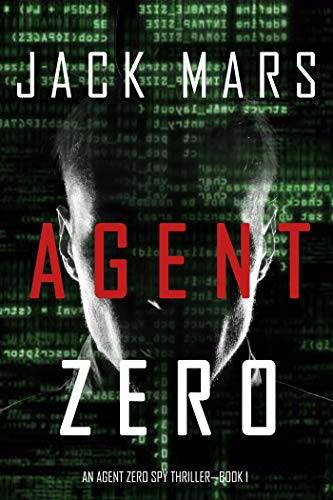 “You will not sleep until you are finished with AGENT ZERO. The author did a superb job creating a set of characters who are fully developed and very much enjoyable. The description of the action scenes transport us into a reality that is almost like sitting in a movie theater with surround sound and 3D (it would make an incredible Hollywood movie). I can hardly wait for the sequel.”
--Roberto Mattos, Books and Movie Reviews

In this much-anticipated debut of an epic spy thriller series by #1 bestseller Jack Mars, readers are taken on an action thriller across Europe as presumed-CIA operative Kent Steele, hunted by terrorists, by the CIA, and by his own identity, must solve the mystery of who is after him, of the terrorists’ pending target—and of the beautiful woman he keeps seeing in his mind.

Kent Steele, 38, a brilliant professor of European History at Columbia University, lives a quiet life in a New York suburb with his two teenage daughters. All that changes when late one night he gets a knock on his door and is abducted by three terrorists—and finds himself flown across the ocean to be interrogated in a basement in Paris.

They are convinced that Kent is the most lethal spy the CIA has ever known.

He is convinced they have the wrong man.

With a conspiracy around him, adversaries as smart as he is, and an assassin on his tail, the wild game of cat and mouse leads Kent on a perilous road—one that may lead back to Langley—and to a shocking discovery of his own identity.

AGENT ZERO is an espionage thriller that will keep you turning pages late into the night.

“One of the best thrillers I have read this year.”
--Books and Movie Reviews (re Any Means Necessary )

Misadventures of a Backup Bride