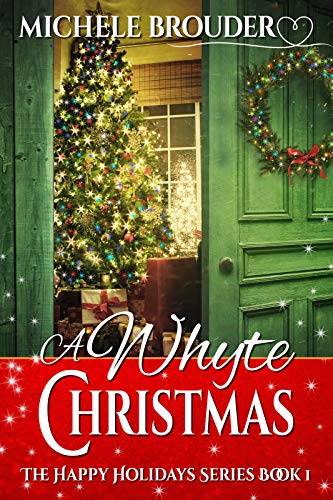 A funny, sweet, heartwarming romance.
Christmas has always been Kate O’Connor’s favorite time of the year, but this season—despite her battery-operated twinkle-light earrings—she’s feeling far from festive. In fact, she’s wallowing in a generous dose of self-pity over the loss of her father, the train wreck that was her engagement, and an unsavory setback in her career. To make matters worse, her boss at the Cline & Co. ad agency has volunteered her to be the one-woman welcoming committee for Gavin Whyte, the VIP client from across the pond who could be the key to saving their struggling business. Eager to prove she’s a team player, Kate resolves to show Gavin a good time, hoping his dazzling blue eyes, his delicious Irish accent, and her own propensity for disaster don’t cause her to torpedo the company’s chances of recovery.

Gavin Whyte would rather be anywhere than the Cline & Co. ad agency. Tasked with overseeing the ad campaign for his pharmaceutical firm, he’s not impressed with the second-rate ad agency that’s been awarded the contract. And there’s one employee, Kate O’Connor, who confirms his suspicions that the ad agency just isn’t up to the task at hand. She can’t seem to do anything without something going wrong or the police showing up. Yet there’s something about Kate that makes Gavin stop and take a second look.

THE SECRET TO FINDING YOUR CHRISTIAN SPOUSE: A Biblical Approach to Marriage